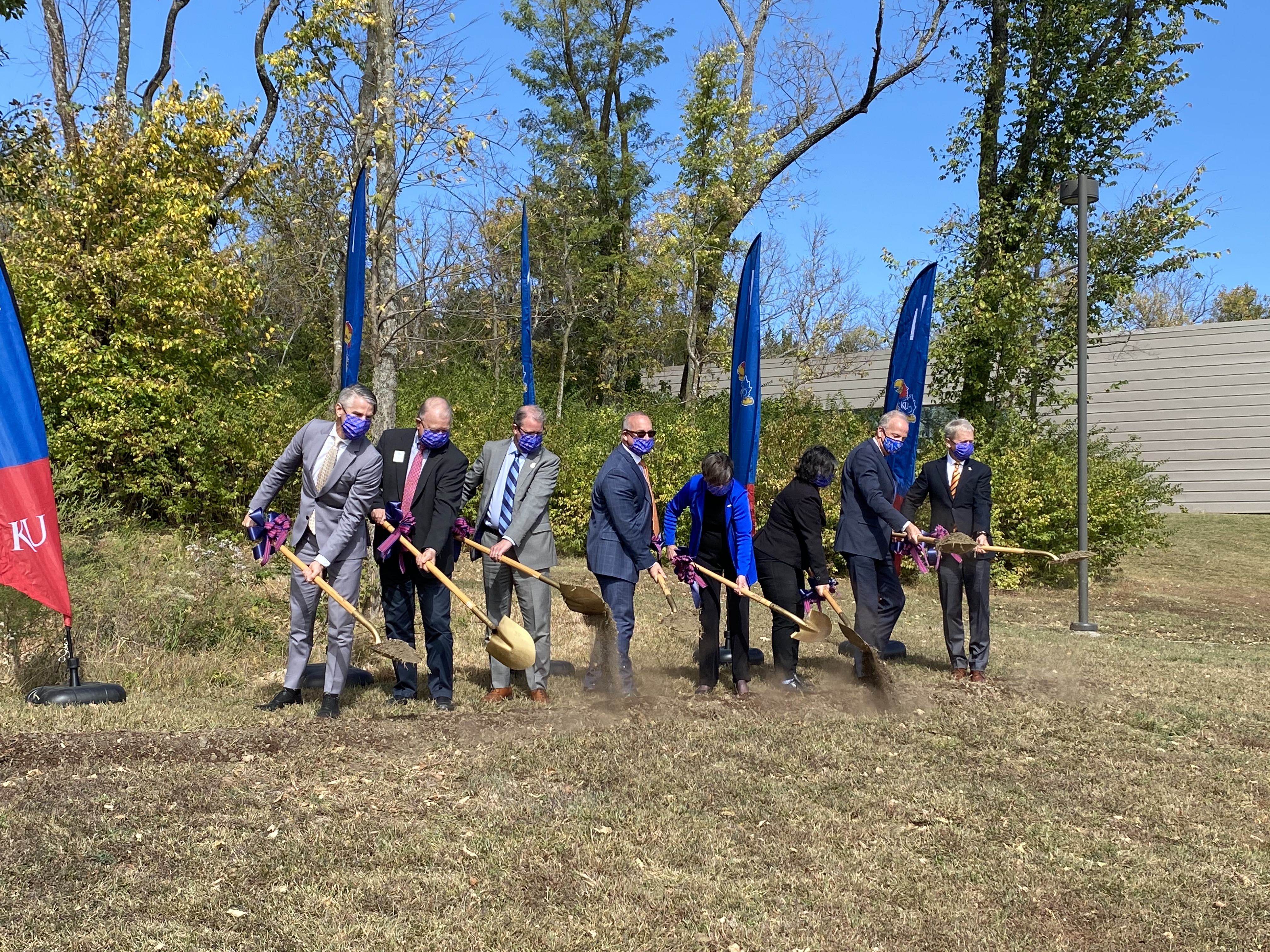 Governor Laura Kelly today applauded the announcement of the Phase III expansion of the Bioscience & Technology Business Center (BTBC) at the University of Kansas, and introduction of the new KU Innovation Park.

“The University of Kansas Bioscience & Technology Business Center expansion will assist my administration’s efforts to create good jobs, keep Kansas graduates in our communities, and foster the local infrastructure of talent, resources, and business support that promotes sustainable economic resiliency in our state,” Governor Laura Kelly said. “I offer my congratulations to BTBC, and I look forward to seeing the full potential of this impressive initiative that will support our state’s growth for decades to come.”

Before the expansion, BTBC established itself as a key sector for bioscience startups in Kansas. Currently, the center houses 50 high-tech and bioscience companies, and has created more than 400 high-wage jobs resulting in more than $22 million in annual payroll. The new development comes as the result of continued efforts by the founders of the BTBC, the KU Endowment Association, the U.S. Economic Development Administration and the Kansas Department of Commerce.

“The Department of Commerce is committed to leveraging the research and talent in our state’s higher education institutions to create new jobs and businesses in Kansas,” Secretary of Commerce David Toland said. “BTBC is a powerful ally in building a diversified, robust Kansas economy powered by cutting-edge innovation in bioscience and technology. Congratulations to all involved on this historic achievement for KU and for our state.”

Through its support of BTBC, the Department of Commerce will work alongside local governments to identify opportunities for economic growth, and to better direct economic development resources where they will have the greatest local impact.

According to BTBC, the Phase III expansion will further BTBC’s mission: Creating high-wage jobs by building Kansas’ high-tech and bioscience industry clusters around the strengths of the University, leveraging one of Kansas’ most important economic resources for sustainable long-term growth and economic resiliency.

Phase III is the first step in KU’s new Innovation Park, which is slated to be a unique blend of start-ups, private industry, government agencies, and research facilities for KU. The park is projected to bring an additional 2,500 high-paying bioscience jobs to Lawrence. More details on this project will be released at a later date

The below photos are available for media use: